Moments of intense joy can damage your heart. 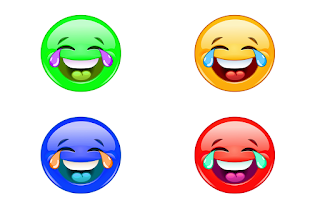 Even in heartbreak, pain, misery and ennui, brief episodes of happiness can buoy us, inspire us and give our lives meaning. They can also, according to a new study, cause the left ventricle of the heart to suddenly weaken. Unfortunately for fans of joy, a report from the University of Zurich has found that moments of intense happiness can cause breathlessness and chest pains. This is because they can induce takotsubo cardiomyopathy, a heart condition that causes the left ventricle to temporarily weaken. It's normally caused by stress, anger, grief or fear -- around 75 percent of reported cases come from strong negative feelings. According to the study, around one in twenty cases are caused by joy. Problematic incidents included birthday parties, weddings, a reunion between two long-estranged friends, winning a jackpot and an all-clear from a CT scan and 95 percent of the patients were post menopausal women. Findings from the study were published in the European Heart Journal. "We've shown that the triggers for takotsubo syndrome can be more varied than previously thought," said Dr Jelena Ghadri, who worked on the report. "A takotsubo syndrome patient is no longer the classic 'broken-hearted' patient, and the disease can be preceded by positive emotions too." "Clinicians should be aware of this and also consider that patients who arrive in the emergency department with signs of heart attacks, such as chest pain and breathlessness, but after a happy event or emotion, could be suffering from takotsubo syndrome just as much as a similar patient presenting after a negative emotional event," Ghadri added. Luckily for victims of the syndrome, it's only temporary -- after treatment is given, the heart returns to normal after a few weeks. culled from wired.co.uk
Posted by Bolanle Ojuri at 12:47 AM