Officials have published a document highlighting ways to avoid the risks from foodborne parasites transmitted by pork, freshwater fish and crustaceans.

Foodborne parasitic diseases are often neglected in food safety control systems even though they can cause severe human health problems, according to the Food and Agriculture Organization of the United Nations (FAO).

One challenge is that affected animals might not show signs of disease, making it difficult for farmers and authorities to detect a problem. Also, if there are no production or financial losses associated with the parasite in animals, there is no incentive to control them.

The FAO Regional Office for Asia and the Pacific publication reports different types of parasitic diseases can be transmitted to humans from pork, fish, freshwater crustaceans, vegetables, eggs of tapeworms, and protozoa.

Preventing human exposure to foodborne parasites can be the responsibility of a veterinary or food safety authority in some countries, while in others, there are no controls for parasites.

Parasites from plants and meat

Fascioliasis is caused by two species of flatworms called Fasciola hepatica and Fasciola gigantica. It is acquired by eating raw plants such as watercress and other freshwater cultivated or wild plants, or by drinking contaminated water. It is mainly an animal disease but does occasionally affect people.

Young parasites can cause abdominal pain, fever and diarrhea. Once they reach the lungs, symptoms can include a chronic productive cough, chest pain, and sometimes fever. Signs can be similar to those of tuberculosis or lung cancer. Humans can be treated for adult flukes with triclabendazole.

Eating raw aquatic vegetable harvested from or near grazing lands should be avoided. Rinsing them is not enough and freezing is not recommended, according to the FAO. The parasite can be killed by cooking vegetables at 60 degrees C (140 degrees F) for several minutes. continue

Posted by Bolanle Ojuri at 7:30 PM No comments: 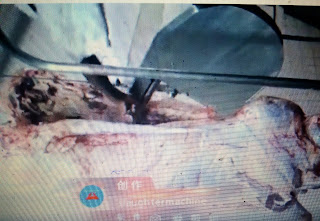 Read
Posted by Bolanle Ojuri at 11:48 AM No comments: 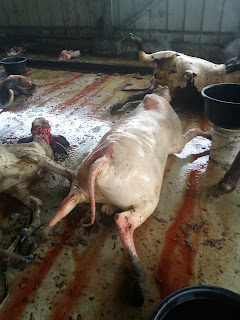 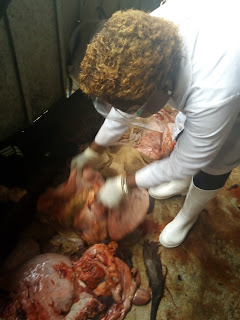 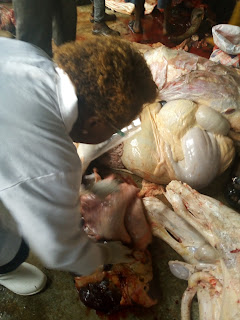 Ensuring only wholesome beef gets to your table.

Posted by Bolanle Ojuri at 3:07 AM No comments: 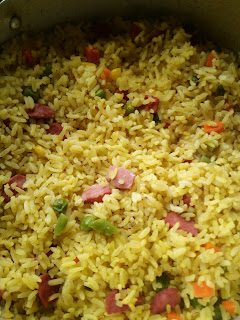 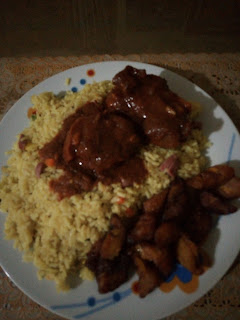 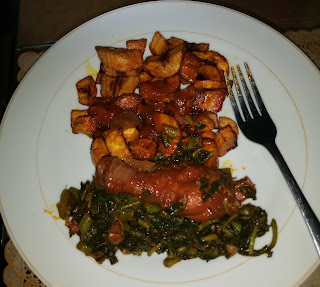 Posted by Bolanle Ojuri at 2:54 AM No comments:

Why food safety in Africa’s informal markets must be driven by consumers.

Listeria in processed meat products from South Africa, E. Coli in romaine lettuce in the US, Salmonella in eggs across Europe and Campylobacter in chicken liver pâté in Australia. 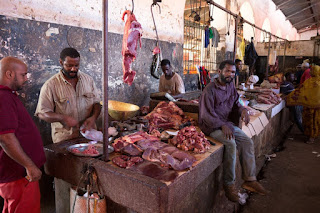 These are among the many pathogens and foods at the centre of recent food safety crises worldwide, estimated to impact as many people as infectious diseases such as HIV/AIDS, malaria and TB.

But while deaths and illnesses from unsafe food hit countries worldwide, the incidences of these illnesses and lost lives are disproportionately high in Africa.

Across the continent, tainted food kills about 140 000 people every year, and leaves 91 million more suffering from diarrhoea, tapeworm, hepatitis and even dysentery and typhoid.

This is on course to become even worse as income growth and urbanization in Africa are enabling better, more diverse diets.

Ironically, these healthier foods – such as dairy, eggs, meat, fruits and vegetables – are more likely to be contaminated.

A new outbreak of the deadly Ebola virus has infected 100 people in a western province of the Democratic Republic of the Congo, a rapid spread that has health officials concerned about the chances of an uncontrolled epidemic.


The outbreak in Equateur Province began in early June, when a cluster of cases were discovered in the provincial capital Mbandaka.


The number of cases has doubled in just the last five weeks.“The virus is spreading across a wide and rugged terrain which requires costly interventions, and with Covid-19 draining resources and attention, it is hard to scale up operations,” said Matshidiso Moeti, the WHO’s Africa regional director.
Posted by Bolanle Ojuri at 2:59 PM No comments: