Feeding our livestock is so important,because what we feed our animals has an effect on the consumers.The side effect of antibiotics in feed cannot be overemphasized, the superbug effect is a major problem,hence morw and more people are moving into new realms of production,using wholesome ingredients for the livestock. The advent of healthy living, weight loss programs and healthy life style forums, more and more people are making better choices; such as buying organic products,eating animal products from pastured animals and consuming animal by-products of animals raised without antibiotics. This is the major reason for using pre/probiotics in feed instead of antibiotics. ATOVI,has been proven to aid growth of livestock ,prevent diseases and enhance bigger eggs,better feed conversion ratio. ATOVI ,can be used in all animal types with no side effects. Feeding livestock accounts for a larger percentage of cost of production in animal husbandry,it also determines the quality and quantity of expected by-products. Animal feed are usually fortified with growth promoters,antibiotics and anticoccidials,to ensure that the animals produce at a higher rate, grow faster to attain market weight early and to prevent diseases. The inclusion of all these medication in feed increases the cost of feed,reduces the shelve-life of the feed and it has a potential to impact the human health in a negative way as a result of antibiotic residue in the by-products. The global concern of antibiotic residue in animal by- products resulting in antibiotic resistance in man has sparked a lot of action, with more and more people pushing for regulations to restrict these inclusions in animal feed, others avoid such products,many purchase products from animals raised on organic feed/ those raised on home grown feed. This has led to a lot of research on better feeding methods of animals; these include exclusion of chemicals from feed, vaccinating animals as opposed to feed medication and inclusion of certain premixes in feed to enhance the immune system. Atovi premix is a blend of minerals and vitamins added to animal feed without any side effect in man. The premix blended with the feed enhances the immune system thus preventing diseases in animals.The premix increases the growth rate ,livability of animals thus preventing loss due to mortality,higher production rate due to better absorption of feed ,reduces time of molting thus the laying period is extended 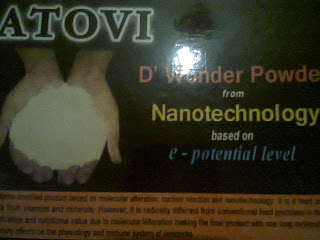 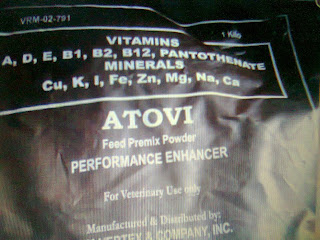 with more egg production of bigger sizes. The beef/chicken/pork produced has a homegrown taste,its juicy,without cholesterol with high carcass percentage. The use of ATOVI powder actually lowers cost of production because the animals consume less feed ,the fecal matter is reduced and its odorless. The inclusion of atovi powder in animal feed is not limited to few species,all animals benefit including fish& rabbit .It is also used on crops. The ATOVI powder, has a counterpart in human medicine referred to as MITOGEN AND MITO MALUNGGAY capsules and used as supplements to boost immune system and cure several diseases.
Posted by Bolanle Ojuri at 7:31 AM No comments:

E.B.O.L.A; overlooked causes of spread of virus from rural communities.

The recent E.B.O.L.A infection/deaths have sparked a lot of researches into how the virus spread silently and how it can be contained with surveillance and biosecurity measures. Controlling rural outbreaks is critical to eliminating Ebola,as research shows that 85 confirmed Ebola cases in the Kissidougou prefecture in Guinea were linked to a single funeral. The findings of this investigation highlight the importance of controlling local outbreaks in difficult-to-reach communities as a key component of the effort to eliminate Ebola, . In mid-December, rapid response teams were sent to villages in Kissidougou, where suspected Ebola cases had been reported. The teams of epidemiologists, clinicians and local public health officials interviewed patients and their household contacts and conducted testing. The teams admitted patients with suspected Ebola to a treatment center for confirmation testing, according to the researchers. In all, 62 patients, all from the Kissidougou prefecture, tested positive for Ebola and of these patients, 90% had Ebola-compatible symptoms, 51 patients died, 33 died in an Ebola treatment center and 18 deaths were community deaths. Patients who died in the community had not sought medical treatment; instead, family members reported the deaths to local health authorities, who considered them as suspected Ebola cases according to findings. The rapid response teams collected oral swabs from all the decedents within 24 hours of notification of death and all swabs tested positive.Household contact interviews revealed that all of the dead had attended the funeral of a well known midwife assistant, patient 1, in early December. Patient 1 traveled to a village in mid-November to perform a circumcision on an infant, who later died of an unknown cause, the researchers wrote. About 1 week after his return, patient 1 became ill with Ebola-like symptoms and he died on Dec. 4, without seeking medical attention. The funeral was attended by about 100 people from his own and other nearby villages. In Guinea, it is typical for funeral attendees to wash, touch and kiss the body of the deceased, according to the study and several funeral attendees probably had direct contact with the body and body fluids. The study shows that improved training for prompt reporting of cases, investigation and contact tracing and community acceptance of safe burial methods can reduce the risk for Ebola transmission in rural communities. Research
Posted by Bolanle Ojuri at 6:28 AM No comments:

VETERINARY MEDICINE: DOG MOODS AND BODY LANGUAGE. Dogs are adorable,but are they can also be your worst nightmare .The key to good dog handling and socializing depends on how well you understand dog moods and body language.The key areas to look out for are the ears,mouth,stance and eyes. VETERINARY MEDICINE: DOG MOODS AND BODY LANGUAGE. The dogs in the illustration shows it all, so when next you are close to a dog ,watch out for these signs,before you touch, or attempt to pet the dog. 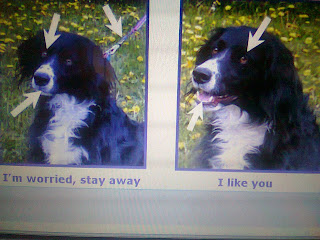 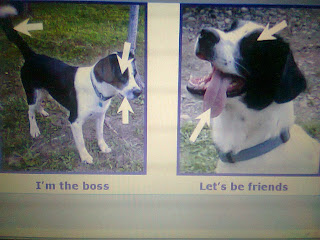 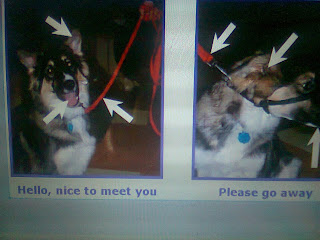 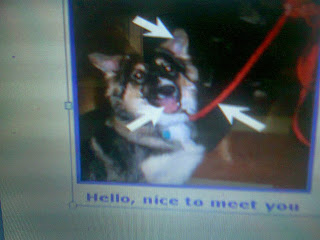 Posted by Bolanle Ojuri at 10:16 AM No comments:

Children love dogs and dogs love children, but children should not be left alone with dogs. The cases of dog bites are common in children and old people, the cases of rabies in humans has a high frequency in children, which shows that children need to be protected. HOW TO BE SAFE AROUND DOGS. Children must not pet any dog without authorization, children should learn to ask the owner of a dog before they pet the dog. When out walking in the park, outside your home zone, keep your face away from dogs. When a dog is loose and chasing you, just be like a tree or statue be still and do not move. If the dog pushes you over ,just roll up like a rock or curl up like a ball with 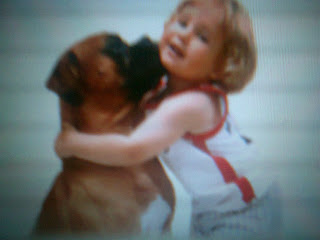 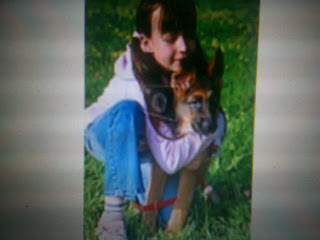 your hands on head and neck. Children should never bother a dog sleeping, eating or with puppies. Never leave babies with dogs, even if it’s the family pet, create an area for the dog in the house that is out of the reach of the children. Dogs can be good company but they can also be your worst nightmare especially those that are not trained. Watch a dog and note the mood of the dog, this will tell you whether to advance or stay away from the dog. The key is the way the mouth of the dog is positioned. If the dog is panting and looks happy then the dog is relaxed. If the mouth of the dog is closed, the dog looks worried and nervous, then don’t move closer or touch the dog. WHAT TO DO WHEN A BITE OCCURS. When there is an incident of a bite or scratch do the following; Wash site with plenty of water and soap. Use an antiseptic solution to wash site, you can also use alcohol based liquids such as after shave solution. Get as much information about the dog. Go to the hospital and get treated immediately. DO NOT Use bandage on bite site. Use tincture of iodine on bite site. Use other medications that are locally sourced like pepper or potash e.t.c. Rabies is 100% fatal. All cases of dog bites should be treated as an emergency ,treat the wound and get rabies post exposure prophylaxis and ensure the wound site is irrigated with the rabies immunoglobulin serum.
Posted by Bolanle Ojuri at 9:33 AM No comments: