Agribusiness : opportunities in cassava processing in Nigeria. An indigenous company, Echbee Foods in Lagos has opportunities in the cassava value chain. The vision of the company is to expose the possibilities in the chain thus providing employment . The mission of echbee foods {the company} is to promote cassava as a new source of nutritious wholesome meals for the family.#agribusiness #cassava The company uses garri to make highly nutritious snacks,food and also packages garri with milk/sugar and groundnut. The company seeks young vibrant vendors to market the products, the aim of the company is to help boost cassava production by exploring new feeding preferences and thus support women and children. #cassava 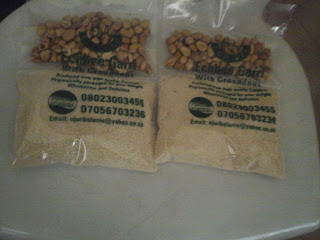 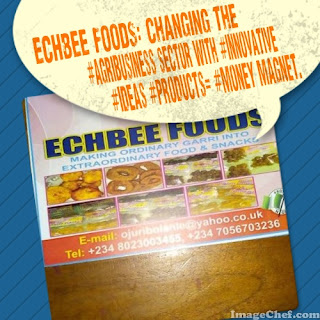 A start-up in Tanzania called EcoAct are recycling consumer waste into plastic lumber, which it calls “an affordable alternative to timber.This reduce the use of building material manufactured from wood. EcoAct believes this will help to preserve forests and have a positive effect on climate change. The startup is on a quest to create sustainable jobs for people in marginalized communities while preserving the environment and reducing effects of climate change by providing eco-friendly quality building products. The startup's vision is to turn waste to wealth by creating ecofriendly products and empowering people. 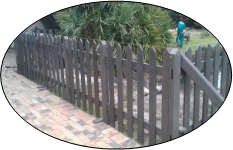 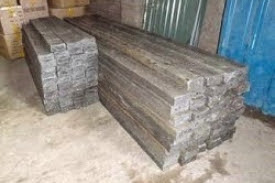 read
Posted by Bolanle Ojuri at 3:34 AM No comments:

Scientists have discovered a large helium gas field in Tanzania. With world supplies running out, the find is a "game-changer", say geologists at Durham and Oxford universities. Helium is used in hospitals in MRI scanners as well as in spacecraft, telescopes and radiation monitors. The precious gas has been discovered only in small quantities during oil and gas drilling.Using a new exploration approach, researchers found large quantities of helium within the Tanzanian East African Rift Valley. They say resources in just one part of the Rift valley are enough to fill more than a million medical MRI scanners. Prof Chris Ballentine, of the Department of Earth Sciences at the University of Oxford, said: "This is a game-changer for the future security of society's helium needs and similar finds in the future may not be far away."Dr Pete Barry added: 'We can apply this same strategy to other parts of the world with a similar geological history to find new helium resources. Helium is formed by the slow and steady radioactive decay of terrestrial rock. However, global supplies are running low, with warnings that supplies cannot be guaranteed in the long term. Prof Jon Gluyas, of the Department of Earth Sciences at Durham University, who collaborated on the project, said the price of helium had gone up 500% in the last 15 years. "Helium is the second most abundant element in the Universe but it's exceedingly rare on Earth," Prof Gluyas told BBC News. "Moreover, any helium that you do find if you're not careful, will escape, just like a party balloon it rises and rises in the atmosphere and eventually escapes the Earth's gravity altogether. "It's used in a whole array of key instrumentation, particularly medical MRI scanning and so on, and so we have to keep finding more." The researchers say volcanic activity in the Rift Valley releases helium buried in ancient rocks, which rises up and becomes trapped in shallower gas fields.The amount of helium is estimated at more than 54 billion cubic feet - which could potentially meet global demand for several years. The next step is to find the best place to drill to exploit the gas and bring it to the surface. Helium is used for 1)It is used in the space industry to keep satellite instruments cool, to clean out rocket engines and was used to cool the liquid oxygen and hydrogen that powered the Apollo space vehicles 2) Helium is used as a cooling medium for the Large Hadron Collider (LHC) and the superconducting magnets in medical MRI scanners 3)Helium is used to fill party balloons, weather balloons and airships because of its low density 4) A mixture of 80% helium and 20% oxygen is used by deep-sea divers and others working under pressurized conditions. 5) Helium-neon gas lasers are used to scan barcodes at supermarket checkouts. contributed by BBC NEWS.
Posted by Bolanle Ojuri at 10:46 PM No comments: